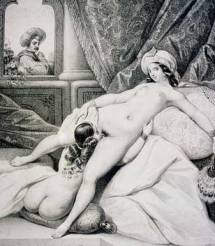 Racism operates through history, memory and discursive practices that claim entitlement through the differentiation of self from other, subject from object, insider from outsider, belonging from otherness. Ruth Frankenberg observes that the white self does not pre-exist the production of others. It is constituted in the process of constructing a range of bounded others, relegated to service, ghettos, reservations and distant corners of the world. Homosexuality persists in a secret space between self and other, inside the tension, out along the distances. Queer people occupy this slimy place of change and becoming. Queer lives can be “sites of resistance to the practice of racism.”[1]

Shadow: Racism and homophobia circumscribe the positions from which we act and infect the images in which we dream. Homosexuality is whitewashed. Racism is tolerated in the queer community. GLBTQ people who identify as white, without critiquing whiteness, are bound to retreat from each possibility and promise that being queer contains. Whiteness cannot be transcended by paying lip service to multiculturalism. We must take responsibility for white racial identity, and fight it at each place it enters our discourse and our dreams.

[1] Ruth Frankenberg’s phrase, which she applies to women in mixed-race relationships