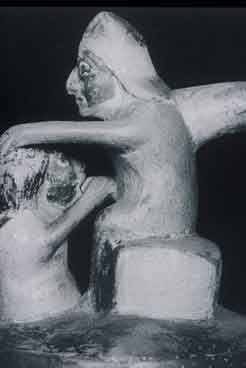 Wetlands are the slimy in-between places where earth and water meet and mix. They are edges, ecotones, places of vast diversity. They stink with the sharp, sulphurous smell of life’s beginning. Light transforms into life. Every tablespoon of water contains millions of organisms: phytoplankton, zooplankton, bacteria. Wetlands stabilize soil and clean water. They are vital habitat. The history of European settlement in North America is a history of the devastation and elimination of wetlands. Estuaries were buried, and dredged to create harbours. Bogs were drained, marshes were filled, and swamps were turned into farms and suburbs. The fur trade eliminated millions of acres of beaver-built wetlands. Water was diverted, dammed, ditched, and captured for irrigation, sanitation and electric power.

The European adventurers hated slime. Jean-Paul Sartre describes it thus: “Slime is the agony of water. It presents itself as a phenomenon in the process of becoming; it does not have the permanence within change that water has. . . . Nothing testifies more clearly to its ambiguous character as a ‘substance between two states’ than the slowness with which the slimy melts into itself.”[i] White, Western man wants clear edges and sharp delineations between land and water, differences as obvious as those between Christian and Savage, man and nature. Where native North American cultures hone capacities for kinship and transformation, European psychic and social organization relies on the difference and distance between self and other, male and female, human and animal, us and them. When one state melts into another, what might not be destabilized by the stink and slime of intense diversity?

The repression of diversity is the hallmark of western culture. And yet the West, with its characteristic racism, sexism, imperialism and exploitation of nature, is the birthplace of homosexuality. Inasmuch as homosexuality is a constellation of meanings with an historically-specific resonance, the genesis of its social construction is embedded in Western culture and Judeo-Christian tradition. While same-sex sexuality exists everywhere, throughout nature and around the world, the possibility of being queer – of having a soul and a life shaped by homosexuality – began in Europe and bloomed in America. The concept of homosexuality is still irrelevant in a few far corners of the world, where family life is compulsory. In countries and cultures where men and women meet to enjoy the delights of same-sex sexuality, and then must return to the responsibilities of marriage and family life, homosexuality does not assume the fabulous meanings it has in Western culture. In countries and cultures where same-sex sexuality is an aspect of the shaman’s identity, or is a universally-practiced initiatory rite, there are other constellations of meanings than when same-sex sexual relationships are named and stigmatized as homosexual.

Looking at the historical development of homosexual identity in Europe from the Middle Ages to the Enlightenment, Rudi Bleys[ii] charts the shift from describing a “ubiquitous, ever-luring sodomitical sin” to an effeminate and sexually passive minority. By the mid-18th century sodomy “was increasingly perceived as a characteristic of someone else, as something alien to oneself, in sum, as a sign of difference within the boundaries of Europe.”[iii]The homosexual takes shape from this sodomite, as the despised other inside the dream of white western man.

Historically, the construction of homosexuality intersected with the construction of racialized others. European adventurers refused conversation with non-western lifeways, economies, sex-gender systems and forms of government. Instead, the ‘savage’ was conjured. The same pattern of repudiation and differentiation that created homosexuality served to create race and whiteness. Even the same metaphors were used. Savages were naked and brutish. Characterized as effeminate or hyper-masculine, savages had a propensity for same-sex passions. The death of millions of Native Americans from diseases brought – at times deliberately – by Europeans was attributed to divine retribution for the sin of sodomy.[iv] 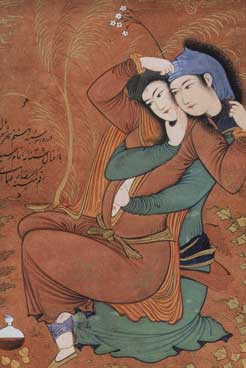 Stuart Hall writes, “Racism, of course, operates by constructing impassable symbolic boundaries between racially constituted categories, and its typically binary system of representation constantly marks and attempts to fix and naturalize the difference between belongingness and otherness.”[v]The racialized other is marked and fixed over there, in the Third World, or the ghetto, at the margin. Yet homosexuality exists – not only as an aspect of the savage’s pathologized sexuality, but inside the boundaries of whiteness. Homosexuality is the slime inside white racial identity – an undifferentiated element with an ambiguous character that slides between states, “a phenomena in the process of becoming” (Sartre).

The white body is a body of knowledge – history, memory and discursive practices that claim entitlement through the differentiation of self from other, subject from object, insider from outsider. Ruth Frankenberg observes that the white self does not pre-exist the production of others. It is constituted in the process of constructing a range of bounded others, relegated to service, ghettos, reservations and distant corners of the world. Homosexuality interrupts and destabilizes whiteness. Like the slime and stink of a marshy wetland underlying a coastal city, the despised other flows just beneath the surface of a badly-constituted self.

The psychological and social processes of domination, disavowal and wounding create the self-other binary that white western man lives inside of. Moving to control and objectify every living thing, he achieves a false differentiation that sees only polarity and opposition where there is mutuality and interdependence. He aspires to achieve his fictive identity by denying, betraying and inflicting violence on every part of self and world that cannot be called both masculine and white. Homosexuality undermines him. Lewis Gordon explores the metaphors. “Consider a white man. Being pure Presence, he is equated with manliness in toto. The manly, or masculine, is in fact a figure of denial, a being who attempts to close all its holes and become pure, sealed flesh in search of holes. From the perspective of such a being, all holes are elsewhere; he doesn’t even have an anus. . . .”[vi] Yet there are homosexual men, beside or inside him, who open to the pleasures of penetration. There are homosexual women who won’t play the hole to his phallus. Homosexuality forms an integral – and yet always denied – part of white Western history and consciousness, in a world that is dominated by its power and violence.

Homosexuality persists in the space between self and other, inside the tension, out along the distances. Queer people occupy this slimy place of change and becoming. We may find here an opportunity to destabilize race and gender systems. But the capacity of homosexuality to change and challenge the self-other binary is constrained by the image of homosexuals as a biologically-constituted minority. Minority status absolves the majority of the capacity for homosexuality. It contains the contagion, obviates the lure, and obscures the content of homosexual identity. Rudi Bleys notes that 19th century discourse applies the minority model only to depictions of white western homosexuality. When describing other cultures, same-sex sexuality is considered a “characterizing trait” and an obvious sign of a people’s lower status on the evolutionary scale. “Presenting indigenous homosexuality as a ‘minority trait’ . . . would acquit a majority, which went against the imperatives of racialist rhetoric.[vii]”Minority status allows white gays and lesbians to be abject others only with regard to their sexual orientation, while they assume the privileges and perils of whiteness in other aspects of their lives.

19th C “anthropological” photo of two Taureq women. (This photo inspired Matisse’s sculpture, Two Negresses (1908). Matisse created this sculpture and many other lesbian images during a period in which Gertrude Stein became his friend and patron.)

The contemporary gay civil rights movement claims that homosexuality is a natural deviation from normal life – no more threatening to the general culture than cheese. Queer people can abjure the power of their difference, and make a claim to legitimacy – based on the certain fact that same-sex sexuality is the natural preference of a biologically-constituted minority. They thereby ensure that, as a minority, they always only stay marginal to the majority sexuality and its culture. Queer activists and scholars show that homosexuality is not, or at least not only, a fixed minority identity that we either are or are not. Being queer means using the transgressive capacities of homosexuality to query the cultural, economic and social processes by which any minority is constituted.

Jamake Highwater condemns the “self-defeating process of naturalization”[viii] that turns homosexuals into people “who cannot transgress, but must await permission to step over the line.” He writes, “It is this normalization of homosexuality that turns outcasts into clones of those who made them outcasts in the first place.”[ix] He urges us to use the power of our difference. Alienation and marginalization are not just difficulties to overcome. They are great adventures. They are instruments of analysis. We learn to scrutinize and contest boundaries, to mine them for pleasures and open them to possibilities. Homosexuality opens up the space between self and other, male and female, us and them. Queer leads to deep resources and dangerous meanings.

Homosexuality may be the one good thing Western history and culture has proposed. It calls us to write a new history and make a new culture that includes the many colours and variegated histories of same-sex passions. In every corner of the world, people are responding to the lure and taking up the promise of homosexuality. The International Gay and Lesbian Association has 350 member groups on all five continents. South Africa and Ecuador are the first – and only – countries to offer constitutional protection to gays and lesbians.Queer is a way of being so flexible and fluid, it gathers indigenous homosexualities into an international movement.

Being queer can function as a radical critique of colonial morals. Homosexuality constitutes a transgression of sex roles and family expectations. It is a joyful form of resistance to tyranny. We are called in a multitude of ways to love and to life that will destabilize the regime of power and difference, the disavowal and wounding, that white racial supremacy has naturalized.