Being gay is linked with laughter, etymologically and ontologically. Gay, from the Old French gai, means we are full of merriment, bright in appearance, and loose in our ways of living. We are called fools and we are called to be fools – outrageous in our joy and exuberant in our laughter. We partake of the carnival, the magic place where all is permitted, the time when opposites combine and hierarchies briefly collapse. The way of the Fool is to embrace the carnival’s magic and bring its insights to lighten the everyday. Because we live in bright costumes, free of conventions, we can see and say when the emperor has no clothes.

Fools can say what others are afraid to say, or cannot even see, because Fools laugh at social convention. Freedom makes them wise; humor makes them palatable. Laughter opens the heart and evokes the animating spirit. If we are Fool enough, then queer becomes, as Andrew Hodges and David Hutter put it, a means of “recognize[ing] the stupidity that lies at the heart of every cliché judgment and delighting in its exuberant reversal.”[ii]

A Fool in the tarot deck appears as a Joker in an ordinary card deck – a wild card that can be high or low. Players are thrilled when they pick it up; they dread being stuck with it. We too are wild cards, shape-shifters moving in and out of closets, changing costumes, assuming secret identities. We each in our own way bear witness to the remarkable transformations and reinventions through which homosexuality appears and disappears, throughout history, in every corner of the world. There is no queer “identity” inasmuch as identity means “sameness.” We are mutable and multiple. We are everywhere and nowhere. Hypervisible in exuberant carnivals of gay pride, and invisible in seamless coherence with every human community, homosexuality suggests not identity but diversity.

Diversity strengthens us individually as it does collectively. A homosexual cannot have only a single, unitary Self. Survival depends upon having diverse selves. We are called to use our capacity for magic and transformation. Sometimes we play dead, or crawl under rocks. Like a Winnebago Trickster we might become someone of the opposite sex; we might marry and bear children. When we are discovered, we escape and flee towards a new adventure, exhilarated. The secret of reincarnation is embodied in the metamorphoses of each gay and lesbian life. 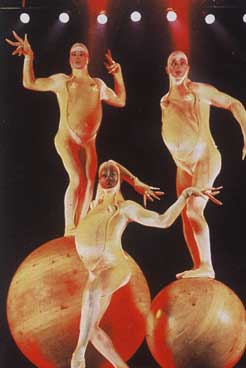 Where others craft a life out of concern for comfort and convention, being gay means we are released from this fate. We embrace danger when we mock convention and cast doubt on accepted behaviors. Homosexuality is shocking. To assume its hazards we need a relaxed spirit, with an ebullient sense of lust and freedom. We learn to trust not in any predictable outcomes, but in our own resilience.[iii]Madeline McMurray writes, “An over-structured personality has little opportunity to participate in the dance of life, while the personality of the fool turns many a joyous cartwheel.”[iv]

The Trickster is a clownish figure in the myths of many cultures who breaks the rules, plays malicious pranks, and is exposed by excess appetites to all sorts of tortures. Trickster stories seem to invariably include dirty jokes about gender-bending and homoeroticism, just as stories about gender-bending and homoeroticism involve trickery and evoke hilarity. A Coast Salish story tells of an old grandmother who pretends to die. Then she pulls back her wrinkled skin, puts a hammer between her legs, and goes home to bed both of her granddaughters. When the granddaughters’ sore vulvas lead them to discover that their new husband is really their old grandmother, they tickle her to death.[v] Navaho, Lakota, Crow and Apache tell stories of Coyote, who transforms himself into a woman so he can seduce a handsome man. But when Coyote gives birth to twin coyote-infants, his true identity is revealed.[vi] At Pakistani weddings a young woman dresses as an old man. As he dances with a girl, or embraces the bride’s mother, the other women mock his virility.[vii]

Carl Jung comments that people lose track of their capacity for introspection and independent action in a society that fails to honor the Trickster. He writes, “The so-called civilized man has forgotten the trickster. . . . He never suspects that his own hidden and apparently harmless shadow has qualities whose dangerousness exceeds his wildest dreams. As soon as people get together in masses and submerge the individual, the shadow is mobilized, and, as history shows, may even be personified and incarnated.[viii]” We live in a humourless culture that projects and elects its shadows. Homophobia is interwoven with this process. In 2001 when this chapter was written, the right-wing rulers of the United States were elected on an explicitly homophobic platform. Homosexuality is their projected shadow, while they become the elected shadow ready to inflict a brutal regime upon the world. In the spring of 2003, they moved against international law and world public opinion to wage war on Iraq. Homophobia served as a vital weapon. Saddam Hussein and the Iraqi people were “homosexualized” by U.S. troops, whose battle preparations inevitably include such motivating chants as “Faggot, faggot, down the street. Shoot him, shoot him, till he retreats.”[ix]In the lead-up to the war, Washington criticized UN weapons inspector Hans Blix for being “soft” on Saddam Hussein, while rumours that he was homosexual were circulated in the Middle East and America. Another UN weapons inspector was reviled for his involvement with a pansexual S&M group. When the French failed to support the U.S. invasion of Iraq, they were called effeminate pansies. During the occupation of Iraq, Americans at Abu Gharib prison tortured Iraqi prisoners by sodomizing them and forcing them to simulate sex acts with one another. Homophobia was just as rampant on the Iraqi side. The year before the war, Saddam Hussein joined Arab counterparts (including U.S. ally Saudi Arabia) by enacting laws punishing homosexuality with death. It was billed as a gesture against “Western” cultural values – albeit homosexuality had previously been unlegislated in secular Iraq, while it was illegal in many U.S. states. Homophobia thrives in conditions where individuals are deprived of their capacities for introspection and independent action – in societies that fail to listen to Fools, honor Tricksters, and use the insight humour allows. People can become dangerous and violent more easily when they stop laughing at themselves.

Trickster, Clown, and Fool – these images are powerful, shaping presences in the lives of queer people, and in the stereotypes that oppress us. Through them we can embrace the world with audacity and courage. We can hone our capacities for disguise and metamorphosis. We can love each other with lasciviousness and joy. These patterns of experience flow from a fundamentally different world-view than that espoused in the global marketplace. If we can be Fools – choosing laughter and risk over comfort and security – then greed and self-aggrandizement cannot be the motive power of all life.

[iii] Carol Pearson, 1991, describes this kind of trust as an aspect of the Fool.