Homophobic stereotypes describe queer people as unstable and immature; they imagine we have dysfunctional, impermanent relationships; they claim that we undermine the family. 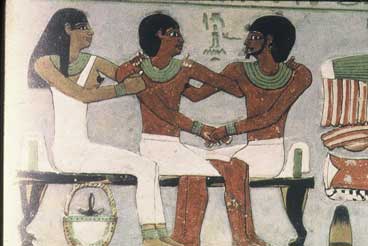 In the homophobes heated “Defence of Marriage” from claims by same-sex couples for equal rights, we can see the deep cultural anxieties surrounding the family as a social construct. “Redefining marriage would amount to a massive human experiment” say commentators Katherine Young and Paul Nathanson[1] of a B.C. Supreme Court decision endorsing the right of gay and lesbian couples to marry. “We’re talking about the deconstruction of American society,” says Christian Coalition of Georgia Leader Sadie Fields.[2]

The nuclear family is an unstable and dangerous construct that keeps its adherents lonely and vulnerable. It is the space where elders, wives and children are isolated and abused. Single folk are pitied and prevented from accessing the family’s economic benefits. Shere Hite comments that the authoritarian, patriarchal structure of the family is designed to teach “that power and might are the most ‘real’ and important thing in the world.”[3] Becoming queer despite our families of origin, we refuse this lesson. We escape the paradigm and prove the alternative. While they look to constitute family by enforcing gender inequalities, promoting guilt, and compelling dependencies, queers model alternate forms of love and belonging. We create spaces of love and support for escapees from the nuclear family blast. We do undermine the family.

Homosexuality symbolizes a principle expressed in physics by the notion of entropy. Entropy is a term for the quantity of energy unavailable for conversion into mechanical work in a thermodynamic system. The word, derived from the Greek tropē, for transformation, describes the degree of disorder or randomness in the system, and therefore, its capacity for change.

Shadow: When we seek civil rights for loving same-sex couples, we need to be careful not to do so in a way that creates two classes of queer people. Stable, monogamous, domesticated, economically advantaged gays and lesbians are seen as deserving civil rights, while unstable, impoverished, young, queers of colour, activist, homeless and gender-transgressing queers are repudiated and ignored.[4] Attention to the symbolic resonances of instability encourages an alternate strategy. When we fight against the oppressions signified by the patriarchal nuclear family, we can link social, economic and environmental rights with individual civil rights. We can honour the alternate forms of love and belonging we create in queer community.