“We become male, but under our own rules. We define the maleness. We invent the men we become.”[1] 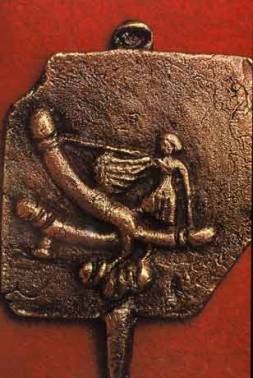 The ancient Greek goddess Athena came into the world fully grown and ready for battle. She was not born of woman, but from her father’s forehead. The Aztec goddess Tlazolteotl, who presides over illicit sexuality and destructive magic, is pictured dressed as a male warrior, emanating power from her vulva. From the Amazons of Northwest Africa through the phallus-wielding priestesses of pagan Europe, to African-American “bulldaggers” and the “dykes on bikes” who traditionally lead  pride parades, the butch is an enduring archetype. She symbolizes female power, independence and threat.

The butch invites us to reimagine gender. In her hands, masculinity becomes a plaything that is slippery and skilfully employed. The butch makes her body into a metaphor. She is steel strong and rock hard. She stands for courage, daring, ferocity, the truth of independence, the dream of power. She is not a man; she is a sign, a symbol, an aperture opening into the archetype of masculinity. Beside or inside the butch there is always also the femme. The femme is an outlaw. Because of who she loves, she must be impossibly strong, resilient, radical. Yet she uses femininity as a language to represent herself and her desires. Femme is a symbol of vulnerability, helplessness, the truth of dependence, the dream of surrendered skin. Butch and femme suggest the possibility of life before or after gender – open to the archetypal patterns expressed by male and female, without capitulation to the social designations and compulsions.

Shadow: Gender is a plaything that also plays with us. We can be seduced by its power. We capitulate to the notion of a gender-bifurcated society when we imitate ordinary men and women. Queer is characterized by fluidity. Adding a third and fourth term to the binary system of gender, we upset the balance and invite motion and change.

For more writing on this symbol, see these chapters of Orientation: Mapping Queer Meanings: The Body, The Sea, Innocence, Conclusion