For centuries, same-sex lovers have called each other “friends.” The loving same-sex couple is an ancient archetype. Same-sex couples like David and Jonathan, Gilgamesh and Enkidu, Demeter and Persephone or Ruth and Naomi signify friendship, joy, twinship, passion. Queer allows the exchange of fluids without the assignment of roles, pleasure without possession. Our love mixes us up instead of pinning us down; it is the amity of equals instead of the enmity of opposites. Apart from the social order that presses us into service, love brings us to life. 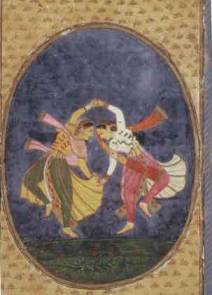 “Family” is a word derived from the Latin famulus, meaning “servant.” The word connotes obedience. The word “friendship” evolves from the Anglo-Saxon freond, meaning “love.” “Friendship – such a boundless desire.” The Homomonument in Amsterdam honours gay and lesbian experience with these words by the Dutch poet Jacob Israël de Haan.[1] Without the borders and customs agents, tariffs and duties of straight norms and gender expectations, friendship is boundless. Securing legal recognition for same-sex relationships is important work. But we abdicate the powerful cultural meanings that inhere in our relationships when we counter homophobic stereotypes by claiming adherence to heteronormative values. When we are empowered by the ancient archetype of the same-sex couple, we can honour the alternate forms of love and belonging we create.

Shadow: When there is a minority called homosexual, friendships lose their fluidity. Relationships that previously could include interludes of sex in a lifetime of loving become possessed of a need to disavow – or claim – the possibility of same-sex eroticism. The love between men that developed as they fought side-by-side during World Wars I and II could have transformed society, if it had not been contaminated by the manufacture of homophobic anxieties.