From Christ’s martyrdom, through Aztec sacrifice, to the torture and slaughter of Matthew Shepard – human societies around the world and throughout time attempt to placate the gods with their victims. As contemporary representations of this ancient archetype, queer people suffer the scapegoating, and we carry the possibility of healing. 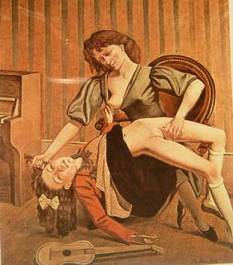 When a city suffered from war or pestilence in Eastern Europe in the 6th C. BC, an ugly or deformed person was chosen as a scapegoat. He was brought to the outskirts of the community, where he was fed, then beaten, serenaded, and burned alive. The inhabitants of the beleaguered city projected their sins onto the victim, who removed them through his suffering and death.[1] Sacrifice transforms the despised scapegoat into a superior being. Among the Iroquois and other North American First Nations, captured warriors were slowly tortured to death. If they could endure unendurable torment with dignity, they won power for themselves and their community.

So much of contemporary society seems intent upon avoiding risk. Old age is approached as a disease to cure. Science intends to conquer disability. Children are confined to playpens. Love appears only as weak sentiment. Queer victimization makes us symbols and psychopomps. We lead the way to the refused mystery of loss, grief, and mortal destiny.

Shadow: We eschew the power of queer identity and speak only of the suffering. The victim becomes a favourite mask and posture when we go, hat in hand, to seek social acceptance. We invite their pity and beseech their forgiveness. We imagine they will accept us – or perhaps more to the point, we will accept ourselves, when we are innocent victims.

For more writing on this symbol, see these chapters of Orientation: Mapping Queer Meanings: Innocence, Suffering, The Mother and the Maid